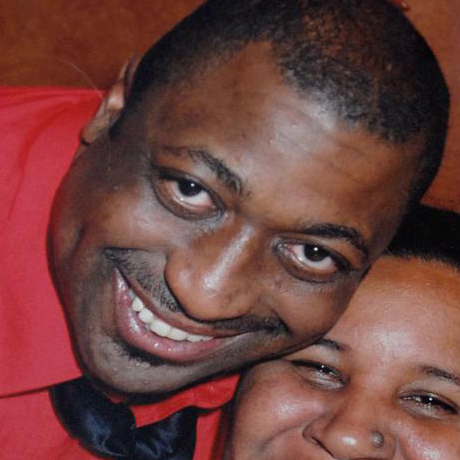 On July 17, 2014, at approximately 3:30 p.m., Eric Garner, a forty-three year old African American man, was approached by a plainclothes police officers, Justin Damico, and Daniel Pantaleo in front of a beauty supply store at 202 Bay Street in Tompkinsville, Staten Island. According to bystanders, including Ramsey Orta, a friend of Garner’s who recordedthe incident on his cell phone, Garner had just broken up a fight, which may have drawn the attention of the police. Garner may also have been selling “loosies” (single cigarettes without a tax stamp) in violation of New York state law. Garner is heard on Orta’s video saying, “Get away [garbled] for what? Every time you see me, you want to mess with me. I’m tired of it. It stops today. Why would you…? Everyone standing here will tell you I didn’t do nothing. I did not sell nothing. Because every time you see me you want to harass me. You want to stop me [garbled] selling cigarettes. I’m minding my own business, officer, I’m minding my business. Please just leave me alone. I told you the last time, please just leave me alone”

When Pantaleo approached Garner from behind and attempted to handcuff him, Garner swatted his arms away, saying “Don’t touch me, please.” Pantaleo then put Garner in a chokehold – which is prohibited by NYPD regulations – from behind. Pantaleo and Garner slammed into a glass window, which did not break. As Garner was being brought to the ground, other uniformed officers surrounded him, and Garner went to his knees and forearms and did not say anything for a few seconds. At that point, three uniformed officers, including an African American NYPD sergeant, Kizzy Adoni, and the two plainclothes officers had surrounded him. After 15 seconds, the video showed Pantaleo had removed his arm from around Garner’s neck; Pantaleo then used his hands to push Garner’s face into the sidewalk. Garner is heard saying “I can’t breathe” eleven times while lying face down on the sidewalk. Adoni was quoted in the original police report as stating, “The perpetrator’s condition did not seem serious and he did not appear to get worse.”

Garner lay motionless, handcuffed, and unresponsive for several minutes before an ambulance arrived, as shown in a second video. After Garner, lost consciousness, officers turned him over onto his side to ease his breathing. Other than one officer who told the then-unconscious Garner to “breathe in, breathe out,” the police made no attempt to resuscitate Garner. The police defended their decision not to perform CPR on Garner because they stated that he was still breathing and that it would have been improper to do CPR on someone who was breathing on his own. When an ambulance arrived on scene, two medics and two EMTs inside the ambulance did not administer any emergency medical aid or promptly place Garner on a stretcher. According to police, Garner had a heart attack while being transported to Richmond University Medical Center. He was pronounced dead at the hospital one hour later.

On August 19, 2014, Richmond County District Attorney Daniel M. Donovan, Jr., announced that the case against Pantaleo would go to a grand jury, saying that after considering the medical examiner’s findings that Garner’s death was a homicide, his office decided it was appropriate to present evidence regarding circumstances of his death to a Richmond County Grand Jury. On September 29, the grand jury began hearing evidence in the Garner case. On November 21, Pantaleo testified before the grand jury for about two hours. After having the case for two months, the grand jury decided on December 3 not to indict Pantaleo. The grand jury proceedings were kept secret, including the exact charges sought by the prosecutor, the autopsy report, and transcripts of testimony. Attempts by the New York Civil Liberties Union and others to gain release of that information have been unsuccessful.

On December 3, 2014, after the grand jury decided not to indict Pantaleo, the United States Department of Justice announced it would conduct an independent investigation. In January 2015, it was reported that the FBI’s New York Field Office was reviewing the incident and events thereafter. The investigation was overseen by local United States Attorney Loretta Lynch until she became the US Attorney General. The local FBI investigators and federal prosecutors determined that charges should not be brought in the case, prompting strong disagreement from attorneys in the Washington, D.C. office of the United States Department of Justice Civil Rights Division. In October 2016, Attorney General Lynch removed the local FBI agents and federal prosecutors from the case, replacing them with agents from outside New York. Lynch’s intervention has been called “highly unusual.”

In October 2014, Garner’s family announced the filing of a wrongful death lawsuit against the City of New York, the police department, and several police officers, seeking $75 million in damages. The parties announced a $5.9 million out-of-court settlement on July 13, 2015. Garner’s widow earlier rejected a $5 million settlement order.

In December of 2014, Pantaleo appeared before the NYPD Internal Affairs Bureau. He was transferred to a desk job and, in 2016, the New York Daily News reported that Pantaleo actually received a pay raise since his transfer.